This week’s MOTB is the third party member of House Patroneus’ elite staff, after Lord-Militant Hyde and Explorator Eutropius. They form the senior officers, advisors and bastard-hard combat group for Aoife Patroneus, the head of the rival Rogue Trader family to our own Orthesian Dynasty.

I was putting off painting him as I found him the least interesting of the four characters, but I wanted to finish on a high with the Rogue Trader herself. I stopped dragging my feet and got to work.

As with the others, Kimbal started out life as nothing but some random scraps of purposeless plastic. I knew I wanted to use the coat that comes with the Tempestus Scions, but for some inexplicable reason I decided it would be really fun to not use the specifically-designed torso to fit into that fiddly overcoat, but to use a totally unrelated torso and somehow make it fit. 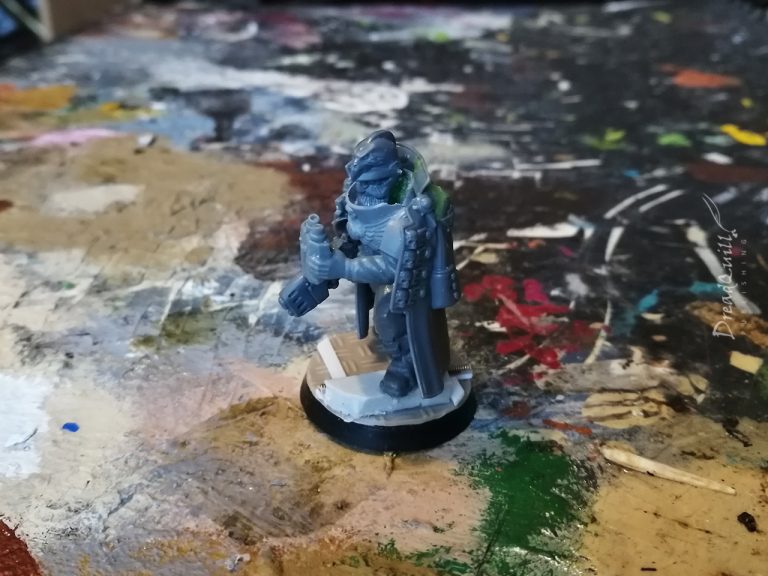 I had a few parts I definitely wanted to utilise, but not all the missing pieces of the puzzle. I found the head very quickly – after how pleased I was with Hyde I knew I wanted another Oldhammer Empire head, I believe it’s the Champion from the Empire Pistoliers set (read Freeguild if you’re coming to the hobby from Age of Sigmar). 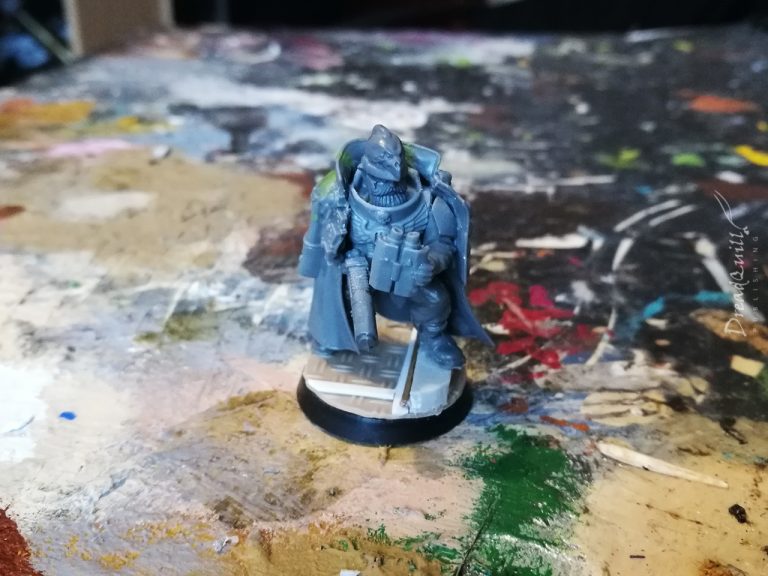 The second part I wanted was the Imperial Guard hand holding the rangefinder from the heavy weapons team sprue. This guy was going to be more of a support character – while the Arch-Militant would be in charge of  actually shooting people, this guy would be marking targets and commanding orbital bombardments. I wasn’t sure how it would work in-game, but who cares! We’d cross that bridge if we came to it. 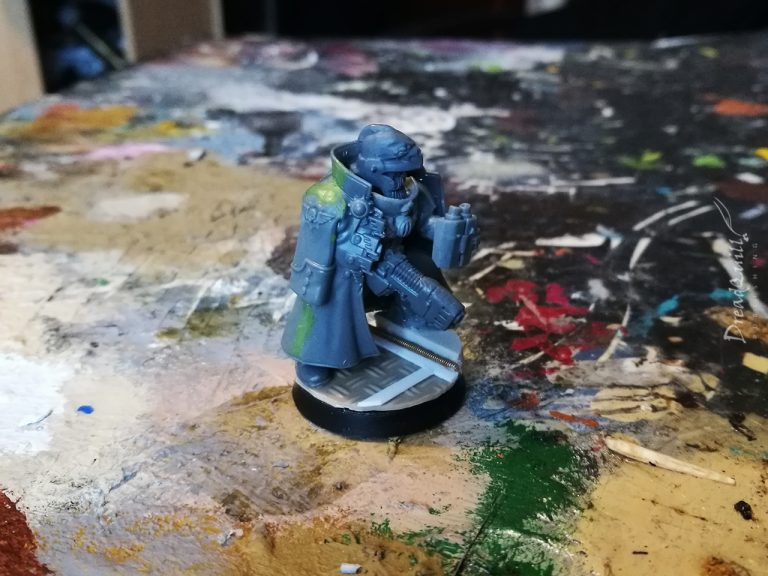 The rest of the parts were filler. Plastic Space Marine Scout legs and an old Space Marine torso fit the bill (with LOTS of cutting – there was barely half the torso left by the end).

I wanted a regal weapon in his off-hand – a bolt pistol seemed too crass. I have plenty of Space Marine plasma pistols in my bits box but not an awful lot of human-sized right hands. When I held it in place to test the fit it was too perfect. I didn’t fancy rooting around for another hand when I could quite easily say he had a bionic right arm. Sorted!

After some filler work on the coat he was good to paint.

The colour of gun

It was tricky coming up with a colour scheme for Kimbal. It sounds wanky I know, but sometimes you get a good feeling for a colour scheme before you start, and sometimes you are utterly uninspired and you just keep trying out different colours until something passes your “Yeah that’ll do” margin.

Unfortunately for this guy, it was the latter. I tried at least half a dozen different armour colours but they all ended up making him look like a beardy space marine.

I also wanted to keep him looking vaguely different to the others to emphasize his individuality, so I avoided doing anything particularly flamboyant with his overcoat. That, and the overcoat covers more than half the body, and I didn’t fancy freehanding something huge across his back for a model that might get one, maybe two outings.

For want of a better tenuous metaphor, I just kept putting one foot in front of the other with colours. Alternating lights and darks, keeping the palette from being too busy, deciding on a spot colour at the last minute. 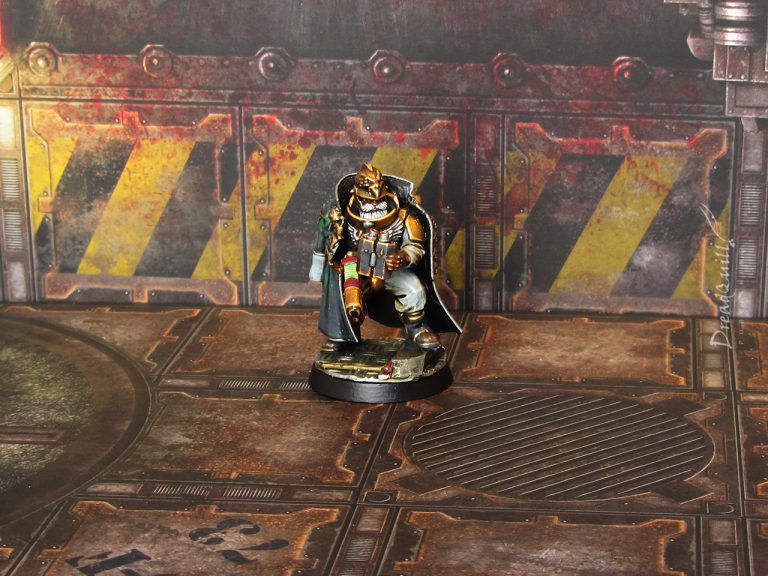 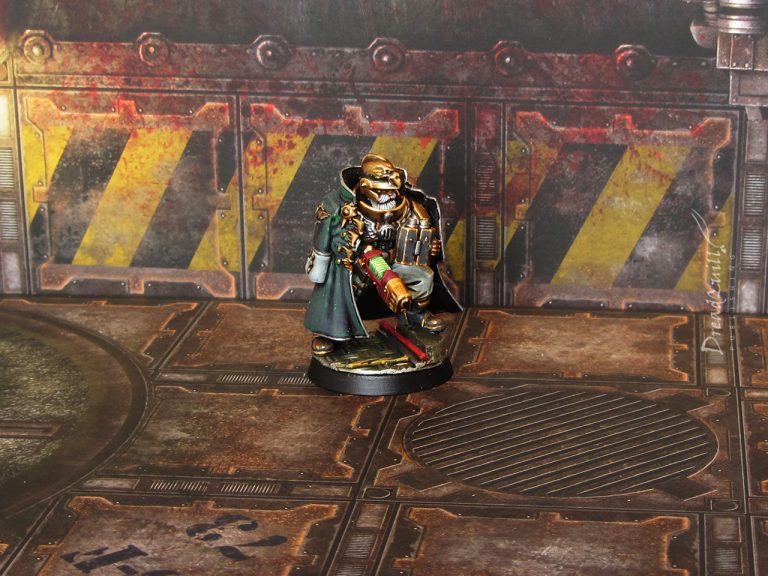 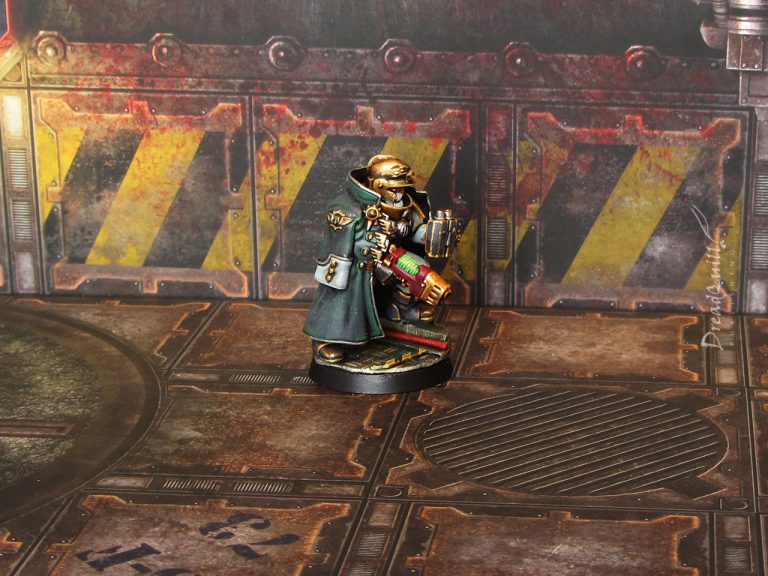 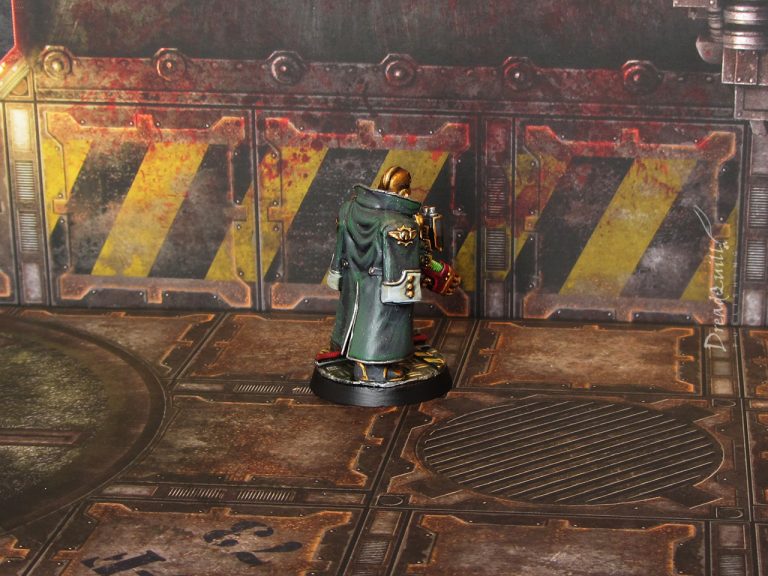 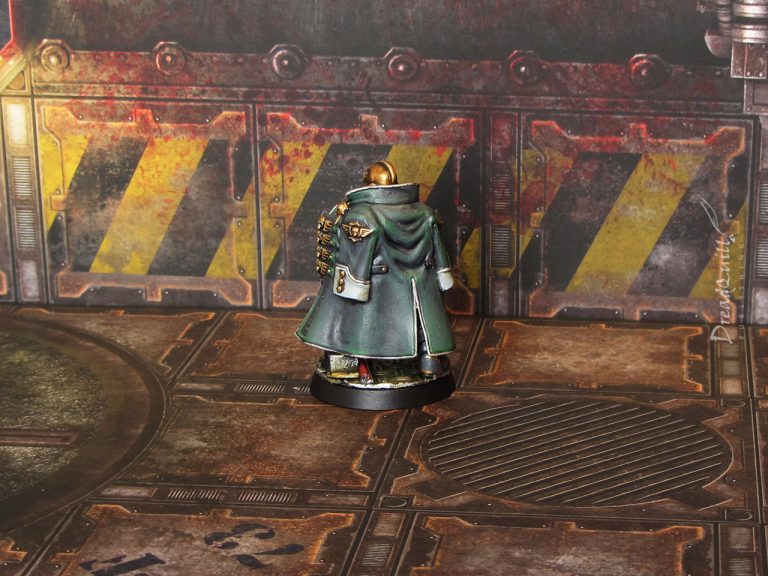 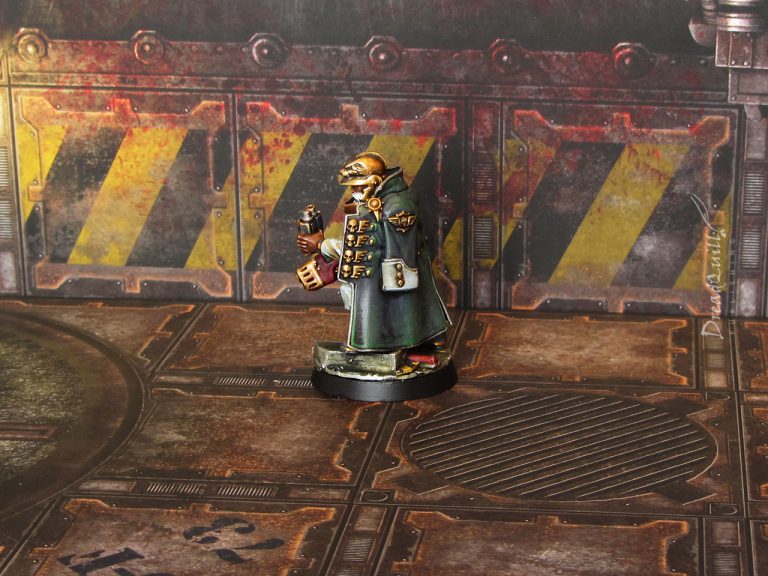 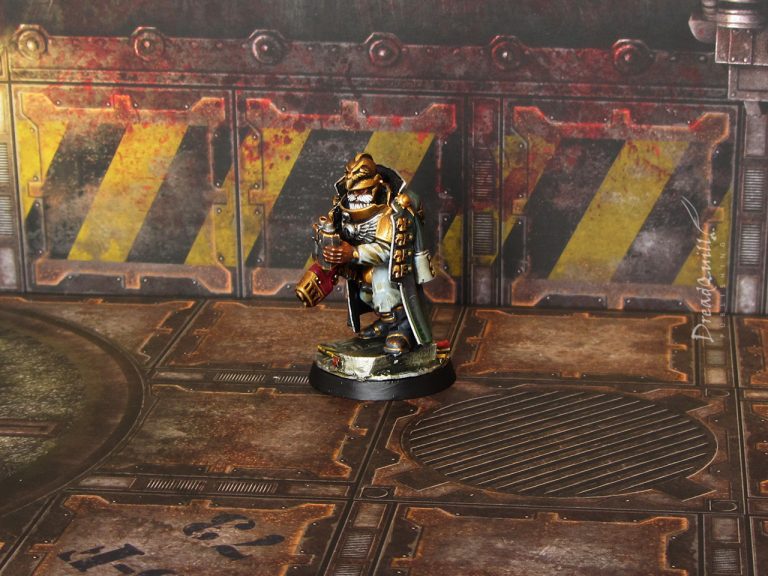