On last week’s MOTB we had a look at Arch-Militant Hyde, the first of Lord-Captain Patroneus’ crew and the rivals of the plucky Orthesian Dynasty. This week we’re looking at the second crewman, Explorator Eutropius.

How to build a techpriest

The first thing that struck me during this project is that, despite my passion for all things Adeptus Mechanicus, I had never assembled anything Admech-related in 28mm.

This was partially due to never having any parts – AdMech legs and torsos aren’t easy to come by unless you have a stash of them already. Luckily for me, one of our players had picked up a bunch of second-hand Skitarii rangers to use in the construction of his own Explorator. Using second hand bits that were originally intended for a PC to construct the PC’s rival? How delicious. 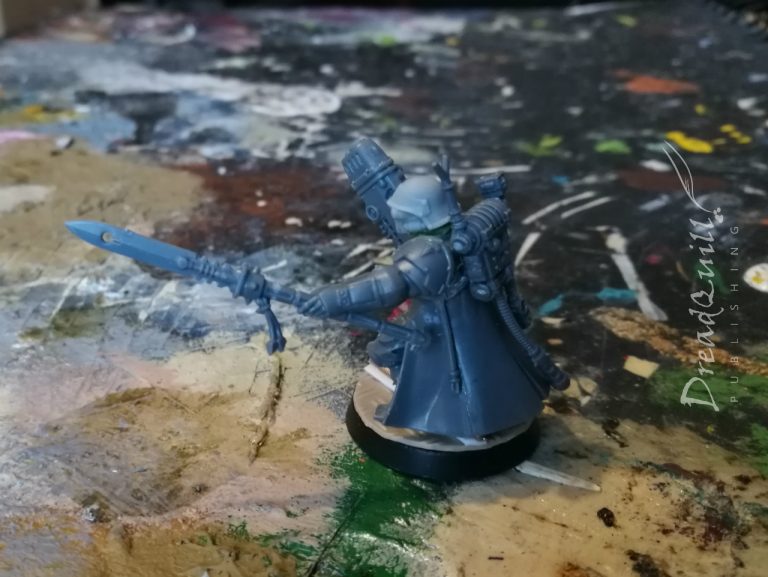 The easiest part was the head. I’d picked up some medieval helmets from Anvil a while ago and I still had one with the bionic eye, which was perfectly suited. The previous owner of the Skitarii had been quite enthusiastic with the ol’ plastic glue, so there was a bit of damage around the neck that needed patching up with green stuff. 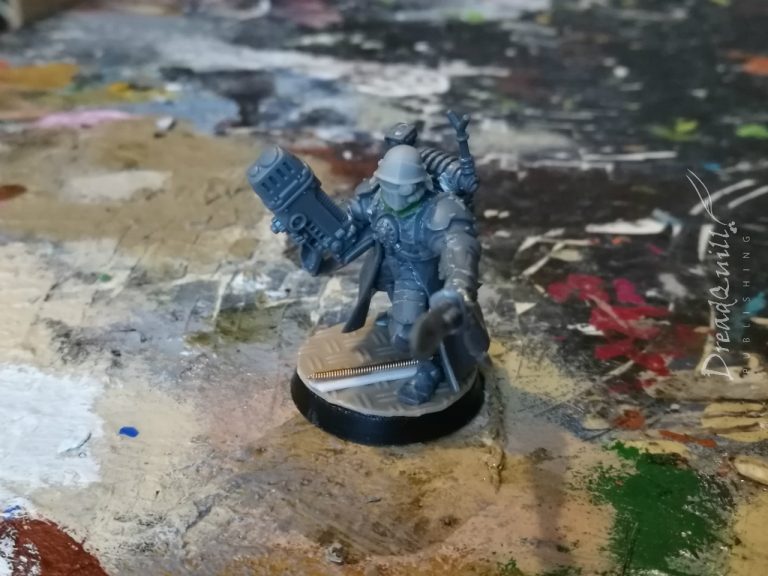 Armament was quite tricky, I went through a number of different variations figuring out the ‘best’ combination. They all seemed so cool!

I opted for using some arms from the Tempestus Scions in the end, partially because I wanted to use that rad plasma gun and partially because it gave the model a bit more armoured bulk that the Skitarii rangers otherwise lacked. It went quite nicely with the medieval helmet as well, and I could already envision lots of lovely gold trim around the edges. 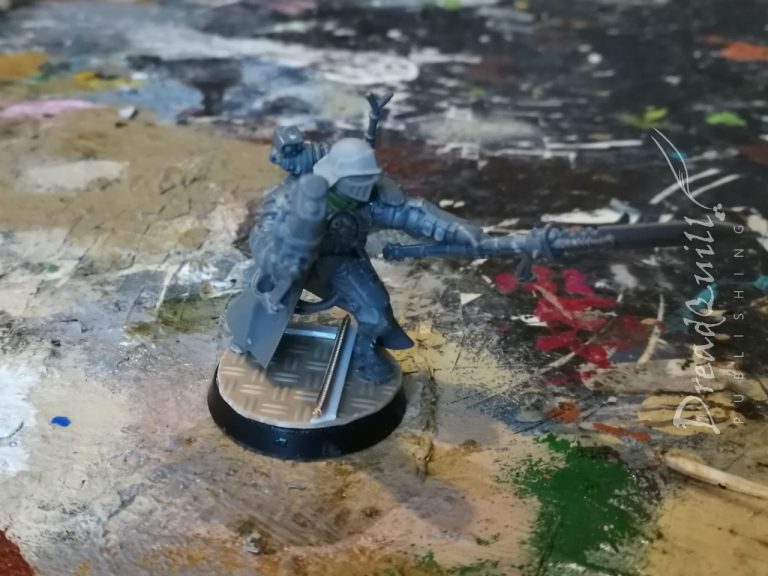 The melee weapon was the trickiest thing to settle on, again mostly due to the glut of options available for an Explorator. I wanted something deadly but also not necessary typical – something from the bottom of the AdMech cupboard of secret technology that doesn’t get much outing. After flicking through the 40k Codex for the Skitarii and Cult Mechanicus, I found a pleasingly harrowing weapon:

Transonic blades emit a low, insistent buzz that makes stomachs turn and eyes vibrate in their sockets. When they strike armour, these weapons will adjust their hostile sonic field to match its resonant frequency, quickly slicing right through it and turning muscle, bone and fat to jelly.

These brutal weapons don’t have any official rules for the 40k RPG line, but luckily for me some enterprising individual on the internet has already made some homebrew rules for them. I present the Transonic blade:

Transonic: On the first round of combat, the weapon has the Razor Sharp trait. On subsequent strikes, it counts as having Pen 12. 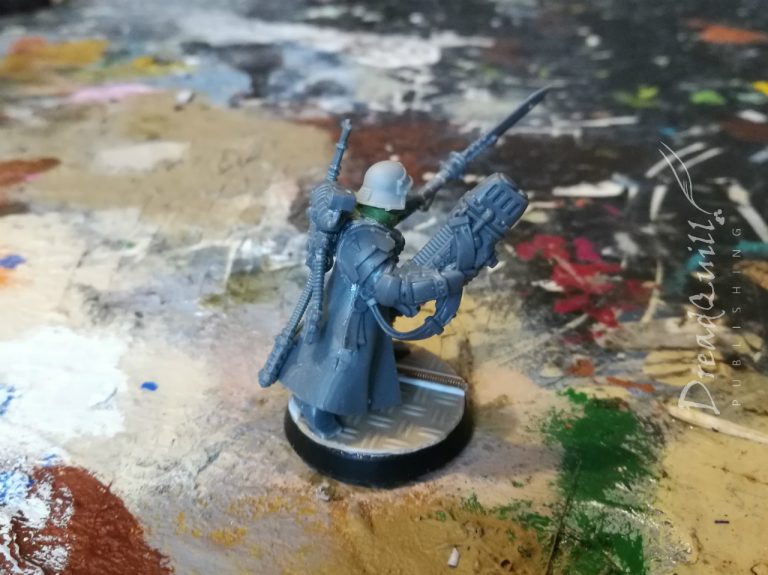 Unlike the conversion, the paint went on this guy with zero fuss. Bizarrely, as this was a straight-up loyalist Techpriest of Mars, his colour scheme was extremely easy to sort out. No mess, no fuss – bright red cloak, dark grey fatigues and a mixture of dulled silvers and ornate brasswork for the armour. In fact, the hardest part was the cog motif on the cloak (freehand can go suck an egg), which I didn’t handle brilliantly but hey – it’s finished!

Pretty much the whole model was painted to my lazy tabletop standard – a flat base coat colour followed by a heavy wash of something (mostly Nuln Oil in this case) and highlighting back up with the same base coat colour. If I’m feeling saucy they might get an edge highlight (like the red cloak) but usually that’ll be enough.

Picked out a nice bright green for the optics and screens and a lovely lightning blue for the plasma gun and transonic blade and he was done. 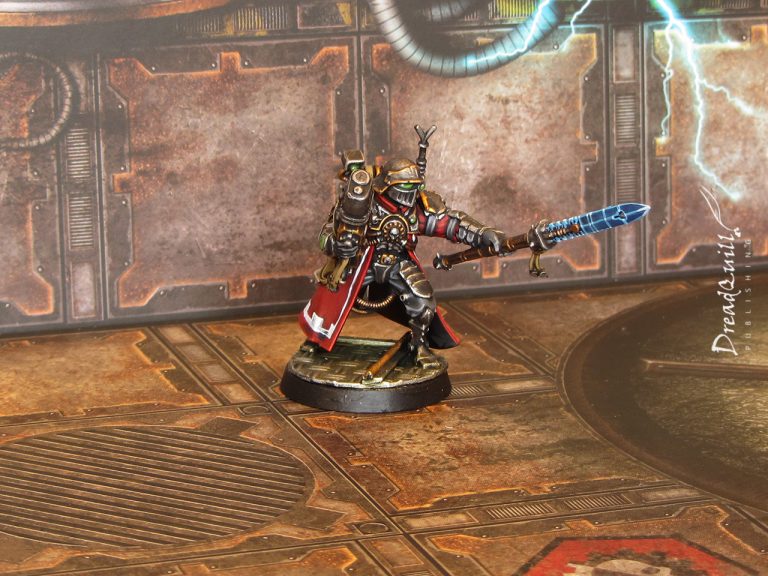 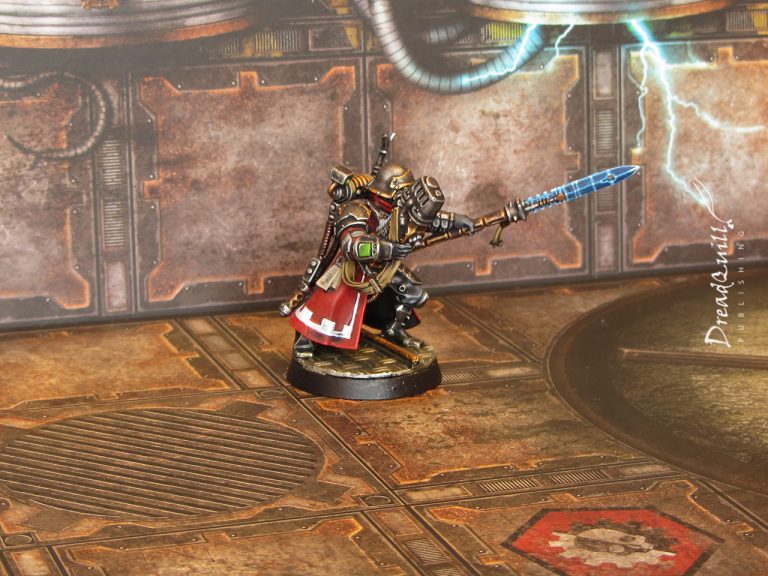 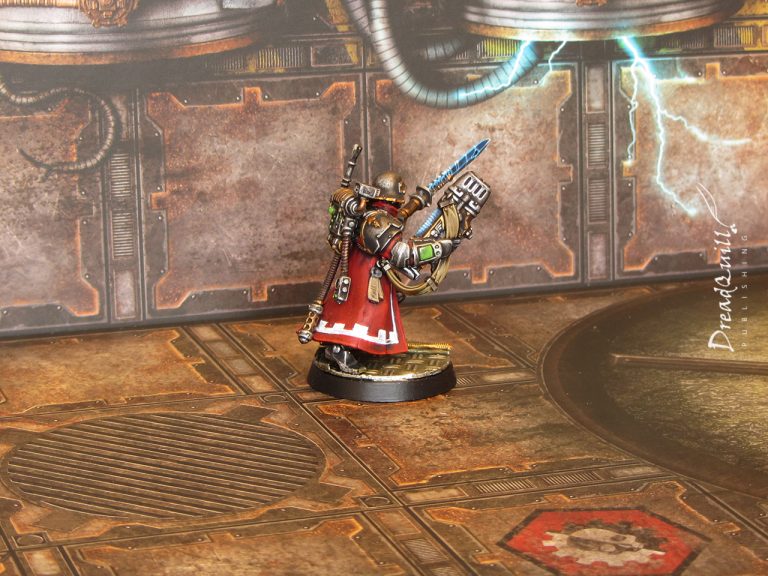 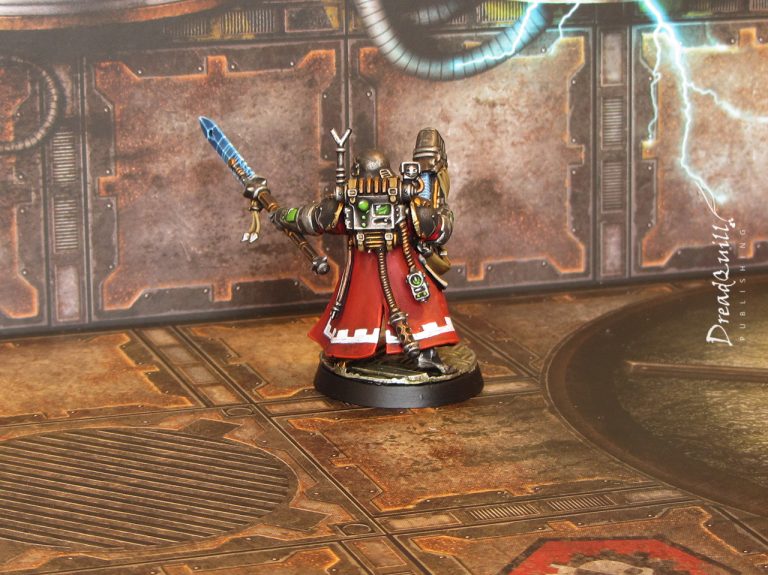 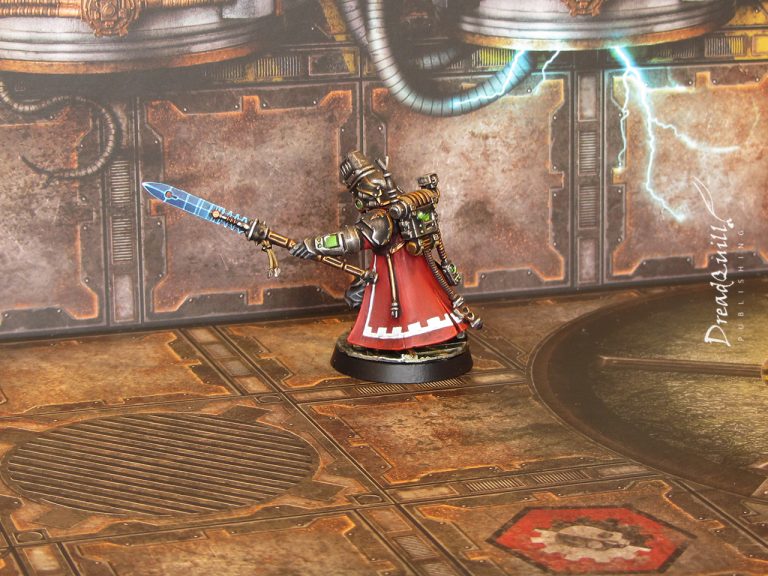 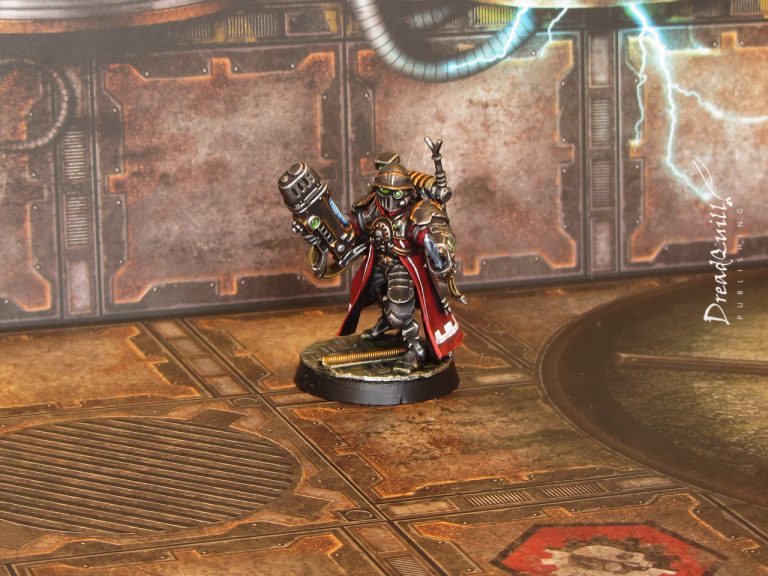 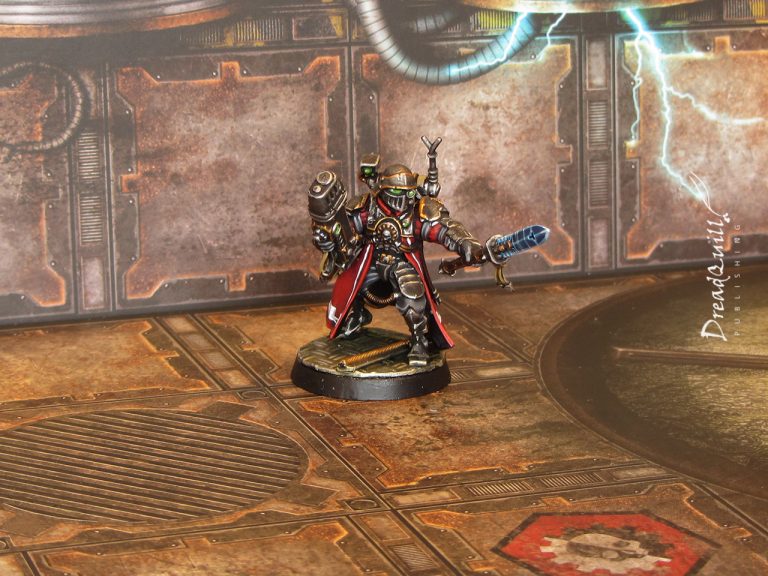 2 Replies to “Meanwhile, on the Bench: Explorator Eutropius”