Last week we looked at the test ganger for 16th Law which I had sneakily made several months ago but with the time-bending powers of the internet made it appear like it was only seven days ago. I was dead happy with how he had come out, so it was on to the main event.

We had 1000 Credits to assemble a gang for the Callowdecks campaign. I’m running it as well as playing it, so I wanted to try a list that was a little more thematic. Bolters are cool and emphasize the slavish devotion to tradition that these guys follow, so I managed to squeeze a bolter, heavy bolter and combi-melta-bolter into the list.

I filled the rest of the gangers with some staples – an autogun, a shotgun and a Juve with an autopistol. I even managed to squeeze a grenade launcher onto the list, which has so far turned out to be one of my star players.

The huge downside to this was the lack of bodies on the tabletop – hopefully if I play conservatively in the early games I can earn some creds to add some extra techybois to soak some bullets up for my Leader.

The only thing left was to name them – I played with some Adeptus Mechanicus names but I wasn’t sold. I remembered an old White Dwarf article with a Van Saar player who named his gangers after obsolete computer systems and did some quick google-fu. Turns out, the list of obsolete programming languages is also huge and filled with really daft names. Problem solved!

These pictures are taken for posterity and we’ll look back at them after the campaign is over to see how the gang is grown! 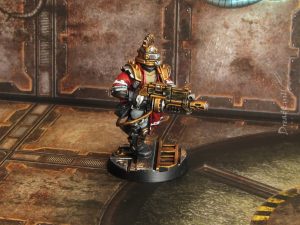 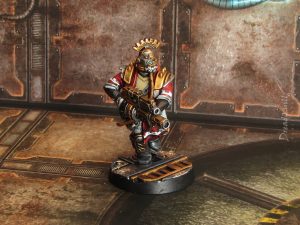 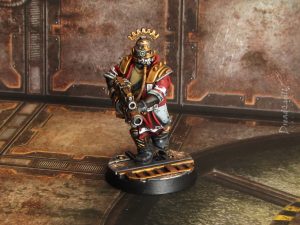 The most expensive fighter on my list – I knew I wanted the combi-melta the moment I saw it on the House Equipment list. When Forgeworld announced the weapon kits, it was love at first sight.

He’s got nothing other than this though, and I’ve been lucky that nobody has engaged him in close combat. He might get a chainsword or something down the line once I’ve stacked some more bodies on the board.

He took the Munitioneer special ability – with so many bolters on the board, a few extra re-rolls for ammo checks wouldn’t hurt. 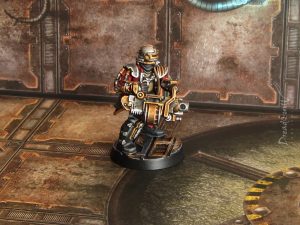 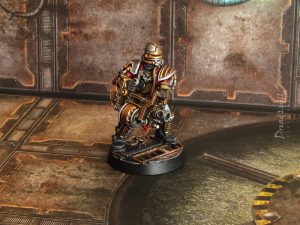 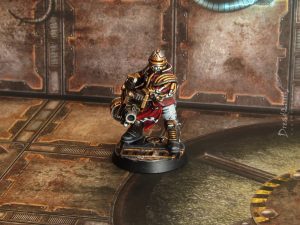 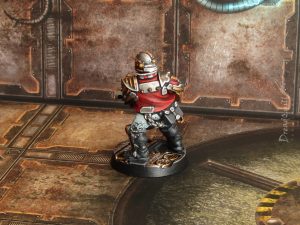 The heavy bolter from the Forgeworld weapon expansion was just too damn pretty not to include. It’s a heavy stubber that is better in every way and kills stuff dead. The only downside is the ammo check of 6+, but that’s what his backup autopistol is for!

He took the Fixer ability – Cash is King in Necromunda, and an extra D3x10 creds at the end of every fight win, lose or draw will (hopefully) keep my gang afloat in the early games. 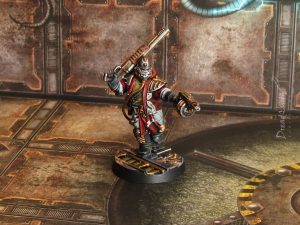 There’s more photos of Smalltalk in the previous Meanwhile On The Bench, so I won’t repeat them here. Although the shotgun/autopistol combination looked cool, it turns out that they’re a bit of a redundant combination as they operate at the same ranges and are both super-reliable. Ah well – Rule of Cool! 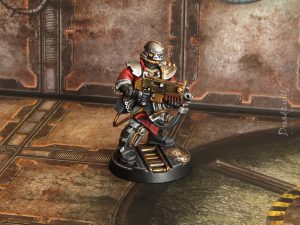 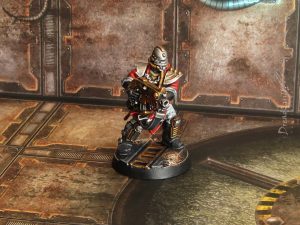 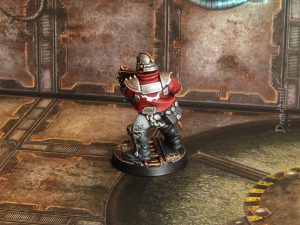 Dakka dakka dakka! I couldn’t resist having another bolter ganger on the squad. I had just enough creds to squeeze on a stub pistol for when they inevitably run out of ammunition in the heat of battle. 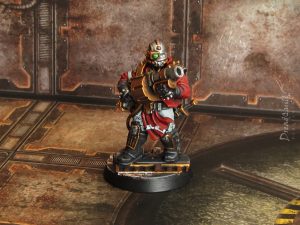 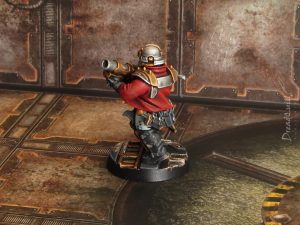 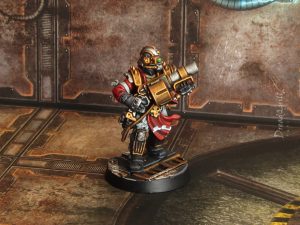 Blast weapons are awesome in this version of Necromunda and the grenade launcher is a superb example, hitting and pinning multiple targets from 24″ away and the chance to avoid a miss with a good scatter roll all for 65 credits is not to be sniffed at. It also comes with Krak grenades, so you can reach out and fuck someone with a S6 D2 AP-2 hit. It’s tasty but I’ve still not got round to Krak grenading anyone yet – frag grenades are just so much fun! 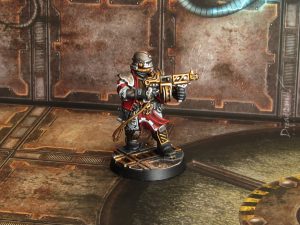 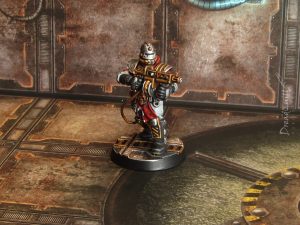 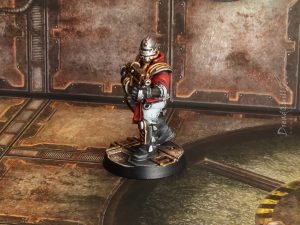 A cheap body to put at the front of the pack! With such a compact gang, I can’t afford the Leader or Champion to be taking any fire. People like Bash will be there, heroically provoking Target Priority rolls and making unnecessarily aggressive flanking actions to keep the heat off the boss. 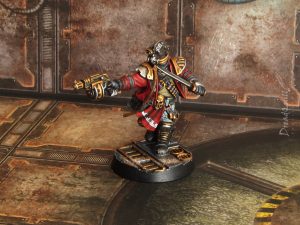 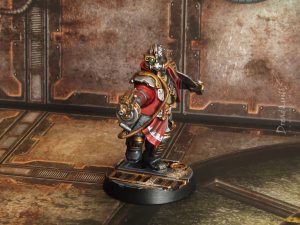 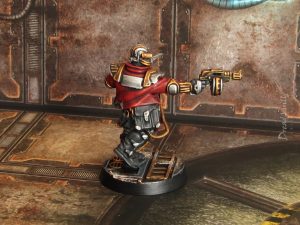 Juvie power! It’d be rude not to include at least one Juve on the roster, and Mumps will get a buddy once the campaign gets underway. Owing to the super-tight roster he could only be bought an autopistol for his starting equipment.

I modelled him with the knife as I didn’t have the heart to snip it off and reattach it later once he had purchased it. I made my opponent explicitly aware he had no knife, and he would be purchasing one with his first lot of winnings.

And that’s that! They may be some of my favourite minis I’ve painted and I’m really excited to see how they’ll progress and grow throughout the campaign!

Internet time-warp note: Bash has already been killed in action, performing his job admirably. His identical brother, Bash-II, has taken up the time-honoured tradition of bullet sponge in his absence.