Last week I built some friendly beep-boops out of odds and ends from my bits box, this week I got round to painting them.

These guys were a cheap and cheerful colour scheme – undercoated black, base colours layered on and washes applied. The metal was simply Leadbelcher with a black wash followed by a brown wash – no extra highlights applied. It was particularly harrowing to not go back and highlight it, but it probably saved me an entire evening’s work. 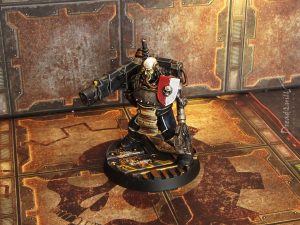 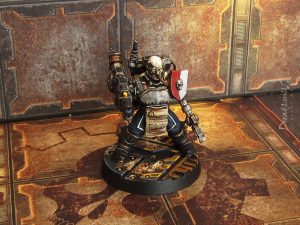 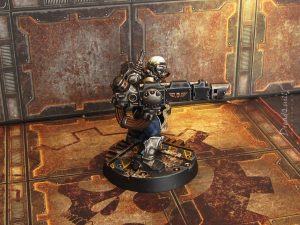 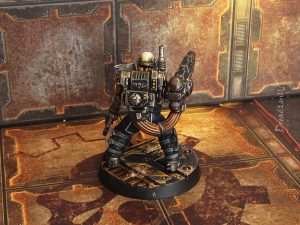 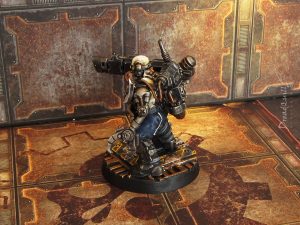 The heavy servitors were painted to look more ‘official’ – they would be Navy-issue battle servitors, so needed a uniform on the lower half, along with some heraldry to make them look a bit fancy. The paper was just a bone coloured paint with a sepia wash (really loving the sepia wash at the moment, might even start preferring it to Agrax…)

The final touch was the Mechanicus heraldry on the shield. The cogboys keep the servitors going, even if they’re loaning them out to others. I wanted something to visually tie it back to my tech gang 16th Law as well, so the red and white helped. 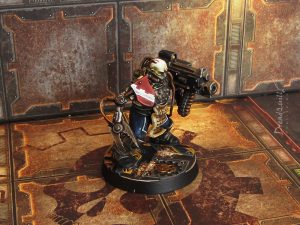 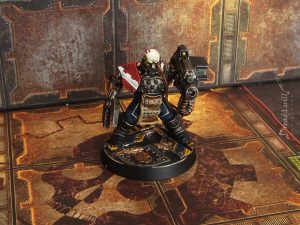 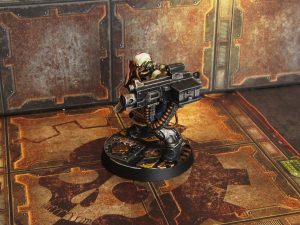 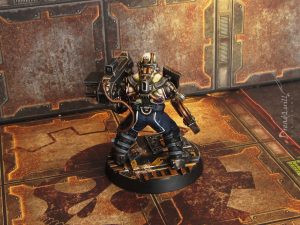 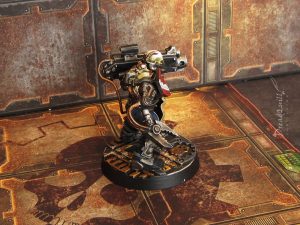 For the more ‘civilian’ models I originally had them in dark grey, but quickly got bored of that as everything I paint is dark grey these days. One of my gaming circle had just finished painting up some Poxwalkers in Convict Orange, and I really liked the contasting colours, so tried to do something similar.

These were just an orange base, washed black and highlighted again with the same orange. I drew the line at highlighting more – finished, not perfect! 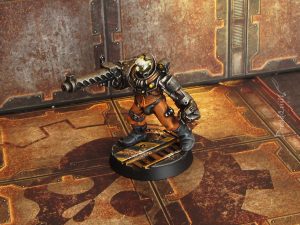 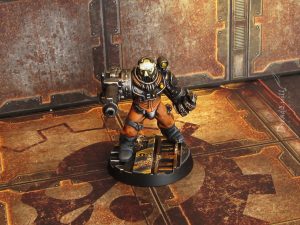 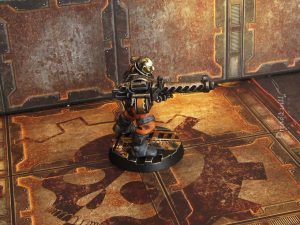 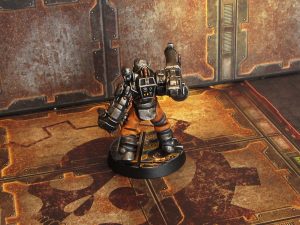 Who doesn’t like fire? These servitors were my first experiment with multi toned flesh. Ironrach Skin was used as the base, washed with Athonian Camoshade to get a sickly hue and highlighted with Ironrach again.

Some crimson washes were dabbed liberally around painful areas where metal meets flesh, then another highlight of Ironrach on extreme edges. Quite pleased with how all that came out! 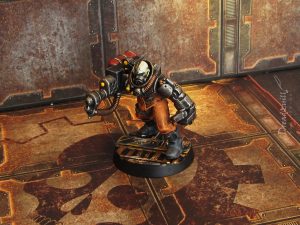 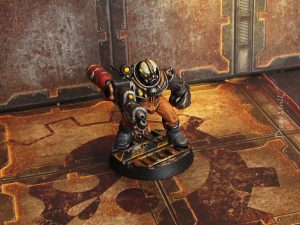 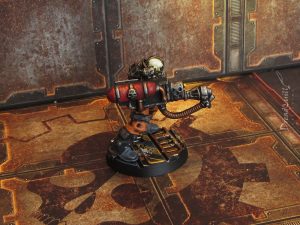 Very happy with how all my beep-boops came out. I don’t have any more Goliath bodies to make more big servitors, but I’ve got quite a few odds and ends to make little ones. Perhaps some combat servitors are on the distant horizon… 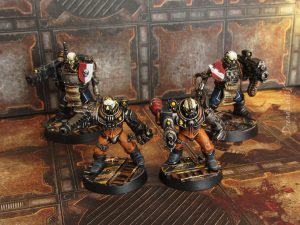