Laden with loot and buoyed up from their first successful adventure, our Explorers cast their gaze back to the stars to determine their next heading.

They had a treasure ship filled with plunder, and although they could make off with the most valuable items by hand, there was a good lot of salvage that needed specialist equipment to remove, and a whole plasma drive that needed something larger than a little 10-man shuttle to shift. So, it was with a heavy heart that they concluded that they needed to once again contact the obnoxiously happy Lombar the Architect.

They sent an Astropathic message to the Mayweather Choir, using the contact details provided to them by Lombar. They would offer unfettered access and survey results of Gangue Prime in exchange for Lombar salvaging the wreck of the Rightful Remit for the Orthesian Dynasty. A few hours later came the response – he’d take three weeks to arrive with a salvage fleet.

What about those other balls of rock

With three weeks to kill, the crew decide to investigate the other two planets – Gangue Minor and Gangue Secondus – both outside the Goldilocks zone. By chance or cunning, they headed straight for the Plot Planet when they arrived in-system, and although weren’t expecting to find anything on these outliers, thought it prudent to double check.

Gangue Minor was first, a burnt-up cinder of a planet orbiting close to the dying sun and bathed in radiation. As they closed, they got their first taste of a solar radiation hazard.

They arrived at Gangue Minor and had their sensors immediately blasted by radiation, preventing them from scanning the planet and rendering them more vulnerable to radiation. A very quick about-face ensues.

It’s a week’s travel to Gangue Secundus, where they find a frozen rainforest in the far reaches of the voids. It all looks idyllic and ripe for adventure until the scans come back.

Lombar shows up after a few weeks in repairs in high orbit. He is predictably ecstatic and can’t thank them enough for the opportunity before they hang up on him. All their salvage and the plasma drive will be returned to Mercy in two months, held in a safe warehouse in Mayweather Mooring.

With pleasantries cut short and a heading chosen, it was time to plot the next warp jump back to Mercy.

Return to the sea of souls

It was 5 days in warp back to Mercy, which meant I would only get one roll on the expanded warp encounters table we drew up a few sessions ago. I’ll get them next time…

We got the Visitation encounter;

“Your officers report the crew have become unsettled, and during your rest periods you find yourselves visited by shades of lost comrades and family. These have a Fear 2 rating, but if you pass you may ask a single question of the shades about your future.”

Astropath Gil was visited by the ghosts of people he left behind on the penal world. They weren’t particularly helpful with regards to his interrogations about Fel.

The Captain was visited by Great Grandpappy Orthesian, who promised the usual shtick of fame and glory. The Captain was unimpressed by his unhelpful prophesizing.

Von Gunn was visited by the spirits of all those he’d lost in battle.

Missionary Lyoness and Voidsmaster Zilla somehow managed to sleep through the whole debacle. Strong wine in the sermons, we assumed.

Explorator Freeman was visited by the ghost of his legs, doing a merry little jig on his home planet without him. Exploration is a hell of a drug.

The rest of the journey was without incident, and barring a few near-fluffed Navigate (Warp) tests, the ship translated back into the Telos system.

The moment they entered Telos, they received a vox message stamped with Imperial codes. A missionary named Brother Espin requested to meet the Captain on board his vessel, the Sword of Saint Troubadous for a very special task.

Miss me with that quest shit. A shopping spree is calling!

The Explorers disembark and head to their various areas of interest in Mercy. Gil was the first to be approached with some exposition.

“Rumours travel quick in Mercy. During one of your visits to the seedier parts of Longshore, Gil is approached by a short, greasy man with thinning hair and a pot belly poking out from underneath a battered flak vest. His sleeves are rolled up, displaying a host of underdecks and penal tattoos, one of which you immediately recognise as your own penal colony you escaped from.”

The individual introduces himself as Leo Getz (no relation) because “whatever you want, Leo gets!”

“I heard about some funny individuals trying to break into Telascos, and one of them matching your description, I couldn’t believe my luck! We convicts have to stick together.”

Gil stares back with burnt-out cinders for eye sockets.

The proposition seemed fair enough – he would keep an ear to the ground in Mercy for rumours, in exchange for scraps from the Masters’ tables. Gil set him about looking up information about Lady Ash and the Fel Dynasty.

I could sense a rivalry starting…

Voidsmaster Zilla had a special request – are there any bars specifically for pilots? Well, not in my notes so probably n-

Oh, you’ve aced the Search check. I guess there is! Welcome to the High Jink. A revolving bar set in a spire high above Mercy Longshore. It gives great views of all the voidships moored here, and operates a strict ‘Pilots Only’ policy. Great for hobnobbing with other ship jockeys!

There he meets Free-Captain Acheron, a chartist captain looking for work after he was usurped from his contracted routes by thugs. They share drinks and talk shop.

Freeman visits Guilder Parvik to pay for repairs in Archeotech as promised last time they were on Mercy. He instead hands over a suit of Xenos Demiurg armour. Parvik is apparently none too bright and takes it as Archeotech. This will definitely not come back to haunt them. Nope.

They could put off meeting with their quest-giver no longer. The Explorers picked up a lander from their ship and headed over to see Brother Espin.

The Sword of Saint Troubadous is a bloated, gilded pilgrim transport ship twinkling in the light of Telos. It looks like a hunchback baron cradling a hoard of gold. Cathedral spires extend from its spine and every inch is covered in stained glass, ornate gothic pillars and hand-carved statues of every Saint in the Imperial Creed.

The hangar bay stinks with the raw musk of human existence – there are sleeping cubbies set into the walls, hammocks hang from the gantries high above your heads, and canvas shanties exist around the peripherals, despite the constant roar of shuttles dropping off pilgrims and supplies. You have no doubts the rest of the ship is in a similar situation.

They land in the hangar bay and troop out, waving flags and tooting their Dynasty trumpets. Freeman had even perfected a little dressage with his robo-legs.

An old man in rags and a long, scraggly white beard steps forwards. Half his head is metal plate, and votive symbols are braided into his beard. He would be utterly inconsequential and totally indistinguishable from the other pilgrims on this ship were it not for the dozens of hangers-on that follow in his wake.

Standard-bearers, weepers, singers, tall women dressed in ornate power-armour and strange-looking warriors carrying bizarre weaponry from far-flung parts of the galaxy all stand in his shadow.

He introduces himself as Brother Espin, and gestures for some hessian pillows to be brought over so they can sit down in the hangar and enjoy tea.

He opens up about his reasons for contacting Captain Orthesian.

“I Looking to build a portfolio of pious individuals in the Nomads he can trust – the God-Emperor rewards the faithful, and the Orthesian Dynasty comes highly recommended

“There is a colony on a planet called Cilice, now long-abandoned after it fell to impiety. I know very little of the history other than its reputation of being a place that fell to sin. I sent an exploratory Mission six months ago to the largest colony on the planet, Arrogance, but I have heard nothing from them.

“My advisors tell me it was once a place of wealth and decadence until warp storms cut off their supplies. The colony withered and died, and nobody heard from them again. The warp storms subsided not too long ago, and there has been considerable interest in discovering what happened to the colony and, in some cases, looking to reclaim its riches.

“If the Imperial Creed is to spread to the Nomad Stars, it needs more footholds. If my advisors are correct, the colony of Arrogance once held a mighty shrine to the God-Emperor, and would make an ideal pilgrimage and foothold.

“I need a person of faith to travel to the Cilice system and scout it for potential hazards. Establish a beachhead on Arrogance and, if possible, find my missing missionaries.

“I have legions of the faithful to set up all the necessary infrastructure for the shrine, so do not worry about busywork that would be beneath your Warrant’s holy remit. Simply ensure it is safe enough for our approach and report your success back to me. The God-Emperor has seen fit to furnish me with much material wealth that our holy work has no need for, save to grease the wheels of progress. Serve Him by serving me, and I shall see you are handsomely rewarded.

“You are not the only ones concerned about Cilice’s spiritual wealth, there are others looking to reclaim its material wealth as well. Be wary, and be swift.”

As the Captain was taking it all in (and the players were frantically scribbling notes), Brother Espin makes one final gesture. He wheels out a cart with two dozen sets of plate crusader armour and some weapons, in case the crew happened to have any pious ultra-zealots on board that could do with a bit of protection.

The Captain asked a few probing questions about the planet of Cilice, but Brother Espin professed to know very little, which is why he was requesting the services of a Rogue Trader. After all, if anyone would know anything about plying the unknown, it would be them.

They bid adieu and headed back to Mercy. They were going to need to do some preparation work – this expedition would take them the furthest into the unknown they had been so far. 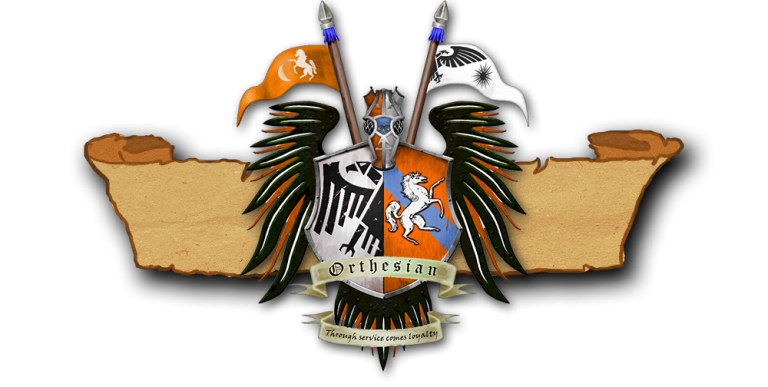 We’ve all been there -you’ve been playing Rogue Trader and your crew is getting semi-decent at warp jumps and dealing with the harsh penalties the wild expanse throws at them. Either a jump goes off without a hitch, or you’ve played out the scant few encounters in the core rulebook so many times that translating into hell and madness becomes routine, and you’re often so busy juggling the rest of the game that improvising another new warp encounter is off the cards. Time to change that!

Here is an expanded table of 20 different warp encounters, appropriately balanced to the vagaries of the warp and definitely deadly if the dice gods are not smiling favourably that day. It will help keep your players on their toes whenever they’re traversing the Sea of Souls, and make them think twice about saying the fateful words “Oh that’s fine, it’s only one warp jump away.”

You can get the full table here. 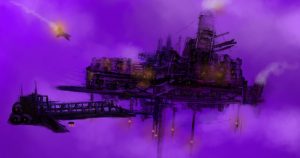